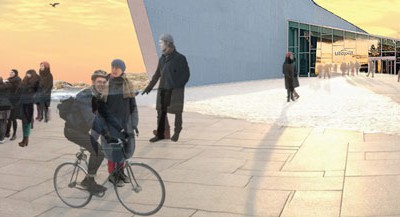 The art museum Arken is situated in Ishøj approximately 20 minutes away (by train) from Copenhagen. It is placed in an area of manmade lagoons, a harbor and it also lies near a popular beach with a surrounding recreational park planted in the 1970s. The beach draws many visitors from the capital. The connection between the beach and Arken is today a shared parking space.

Søren Robert Lund originally designed Arken to rest directly on the shoreline, interacting with the ocean and offering majestic views over the water. Because of development laws, the building was pushed back 300m and rotated 180 degrees, which drastically changed Arken’s relationship with the surrounding landscape, as well as the intended viewlines.

The task was designing the new outdoor area in order to connect the museum with the rest of the landscape and to enhance the original architectural idea of a stranded ship. The project was designed with AutoCad CIVIL and 3D-models were made. The inital stage was a group work and then personal work in the last stage. 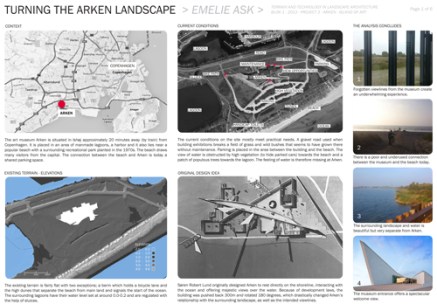 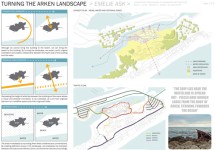 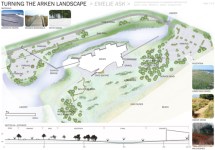 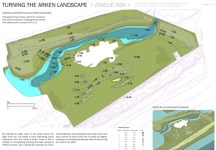 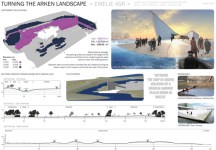 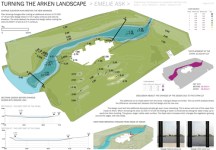